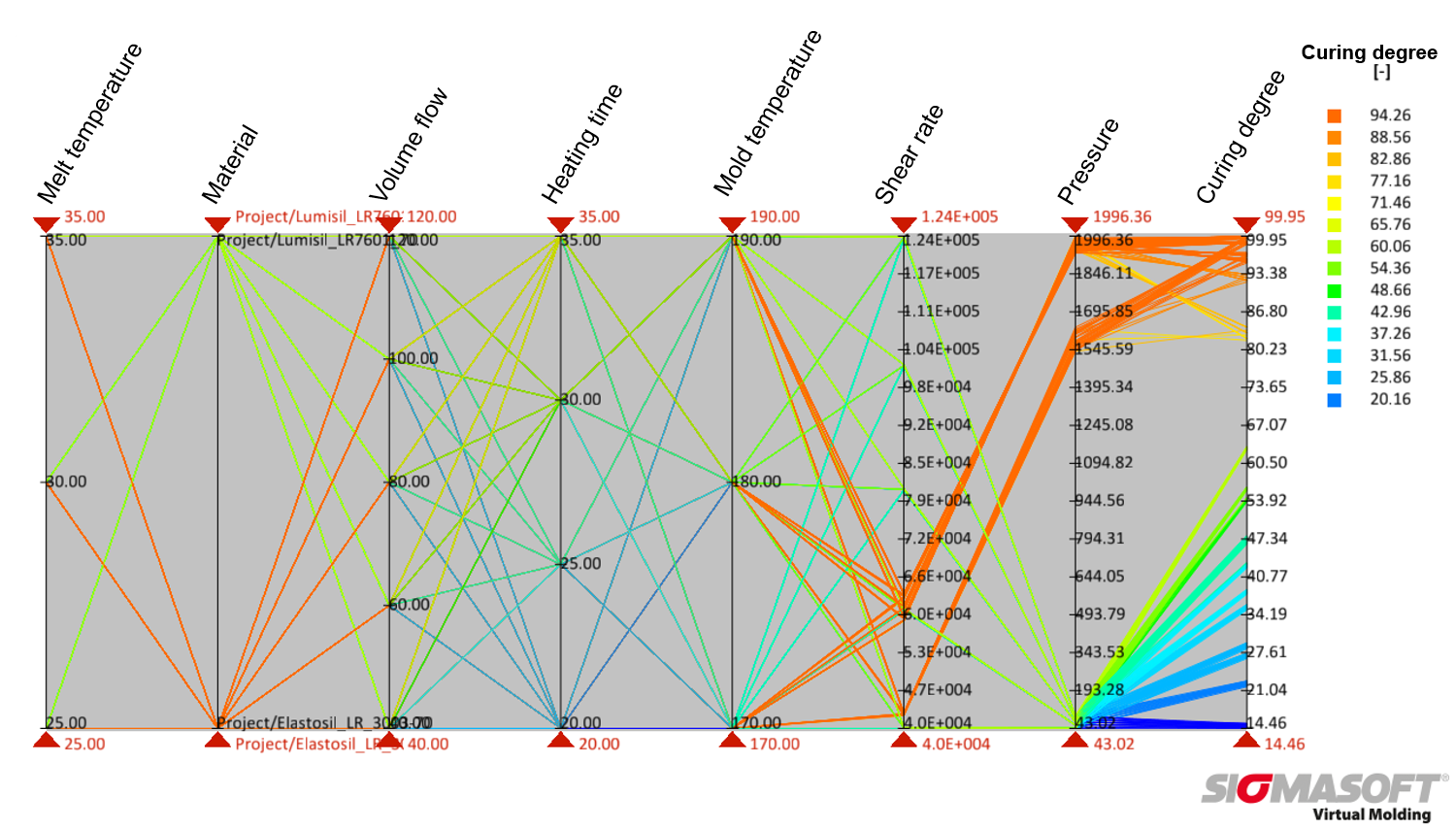 As the injection molding business grows in complexity and delivery times become narrower, room for mistakes shrinks. A new tool has been developed to find out the optimum design and production conditions even before the mold is built, to ensure maximum profitability and part quality. The SIGMASOFT® Autonomous Optimization finds automatically the best process set-up to meet a specific demand. At Fakuma 2017, this new technology is introduced to the interested public.

Aachen, August 2nd 2017 – At the upcoming Fakuma 2017, taking place between October 17th and 21st, SIGMA Engineering GmbH takes part in the TecPart stand at Hall A5-5105. There SIGMA introduces its new release SIGMASOFT® v5.2, which includes a virtual, fully autonomous optimization. Together with an also new virtual DoE functionality the Autonomous Optimization is a consistent further development of the SIGMASOFT® Virtual Molding technology to meet the requirements of modern injection molding.

The injection molding business has changed. The conventional trial and error solution method, or the decision making approach guided by the experience of groups of people is no longer enough to satisfy both part quality requirements and development deadlines. The room for mistakes is shrinking. Injection molders need to design their parts, molds and processes in the most efficient way, within the shortest time available. Only then they can uphold their profit margin.

SIGMA Engineering GmbH understood this challenge and, therefore, developed a new technology in their SIGMASOFT® Virtual Molding software: Autonomous Optimization. With this technology the molder can ask for a result in pretty much the same way as he would demand it from a production team. And SIGMASOFT® will automatically find the best production set-up to meet this demand.

Imagine the following scenario: you are confronted with a new molding project; a part must be assembled with other components, so that dimensional consistency must be kept within strict tolerances. The conventional approach would be to design the part and mold based on from previous experiences, build the mold and then start trials on the injection molding machine to meet the desired part dimensions. Many things can go wrong along this chain, so usually the time to find the processing window in the machine is short and the pressure high. In the best case scenario, parts are finally produced in the desired quality, but without optimizing resources such as energy consumption or cycle time.

Now the scene has changed: even while designing the part or the mold it is possible to have a virtual injection molding machine to try all modifications. And now, with the Autonomous Optimization, you can actually ask this virtual injection molding machine to solve by itself a desired problem. It is possible to ask it to minimize part deformation, for example, and the machine will “set-up” itself.

With the Autonomous Optimization, SIGMA Engineering is committed to helping its customers to systematically reduce production costs and to fully exploit the potential in the whole development chain, from part design to mold layout to process set-up. 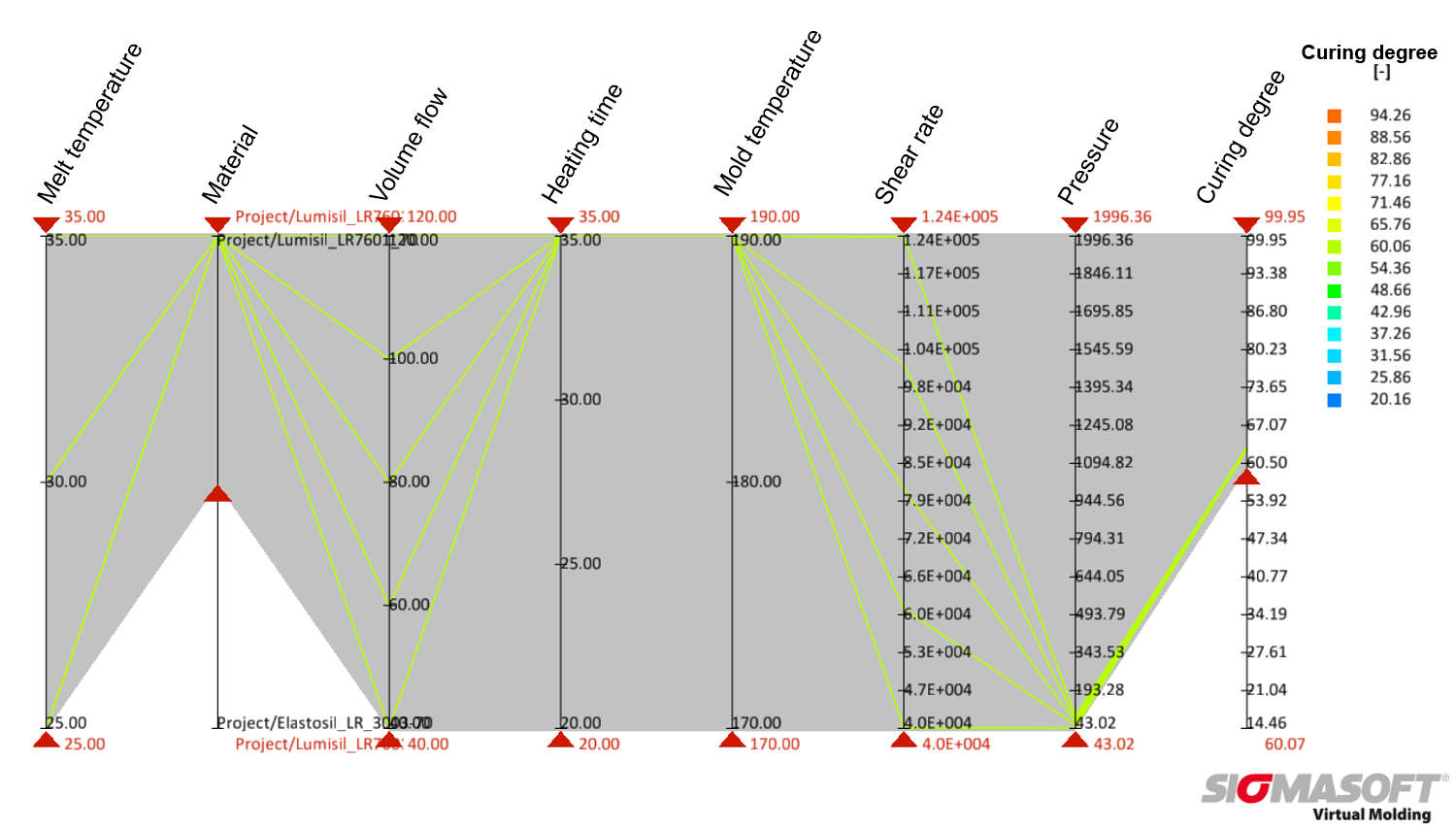 Figure 2 – In the assessment, it is easy to make further restrictions to the parameters and goals to find the optimum solution or as in the case of the LSR application the optimum process window for a specific material and a minimum required curing degree.