One of SIGMA Engineering’s highlights during K 2019 is the latest release SIGMASOFT® v5.3. Besides other novelties, this version includes a new process mode for a fast and easy set-up and calculation of 2-component applications. The new process mode was put to use to analyze and widen the process of the “Butterfly”, a 2-component PC+LSR part which is showcased at several booths during the show. 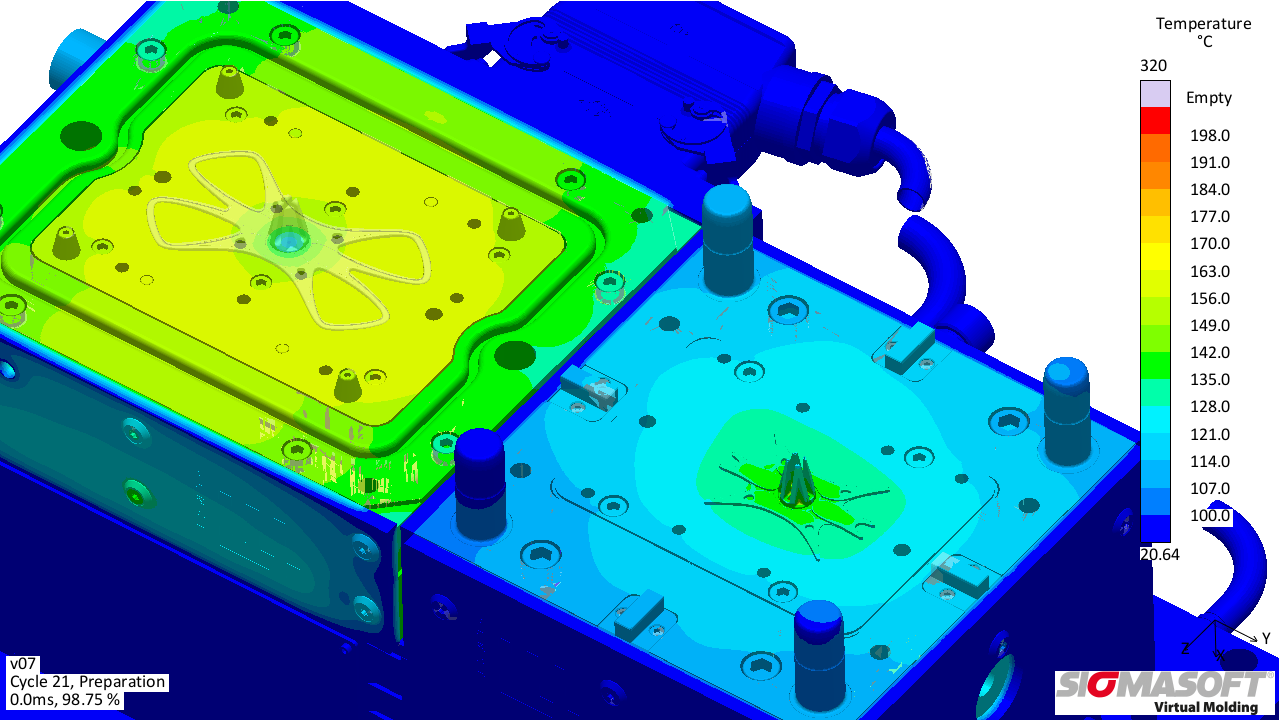 Figure 1 – For the mobile phone holder “Butterfly” first the PC component is produced (right), in a second step it is overmolded by LSR inside the same mold (left).

Aachen, October 16th, 2019 – SIGMA Engineering GmbH from Aachen, Germany, presents its latest release SIGMASOFT® Version 5.3 at K 2019 in hall 13 at booth B31. SIGMASOFT® v5.3 marks the next step in the SIGMASOFT® Virtual Molding technology and includes many new developments and improvements. The novel key functionalities to support users even better in their daily work include the export of 3D simulation results to the new software SIGMAinteract®, a network batch queue and a brand new cost calculation tool, which not only helps the user to make a first estimation of the part costs for the first quotation, but also helps to track how these costs change with adaptations of the part, mold and process.

Another big novelty is a new process mode specifically designed to simulate 2-component-processes with an index plate. While the simulation of multicomponent applications was already possible in the past, the set-up of a full Virtual Molding analysis for 2-components now became easier and faster. For K 2019 the new process mode was already used by SIGMA to calculate a cooperation project for the show. With its help SIGMA analyzed the mold and process set-up of the “Butterfly” – a mobile phone holder made of a polycarbonate (PC) component which is then overmolded by a liquid silicone rubber (LSR) component. The project was realized in cooperation with Momentive Performance Materials GmbH, Germany, ELMET Elastomere Produktions- und Dienstleistungs-GmbH and Wittmann Battenfeld GmbH, both from Austria.

As both components are produced in the same mold, the temperature distribution inside both the PC and LSR cavity is of major importance to produce a functional part while keeping the process efficient. After an initial calculation of the two single components to get first insights in the filing, packing and curing behavior of both components, a full Virtual Molding analysis was carried out to analyze how the mold behaves during production. Finally, a virtual DoE was conducted to widen the process window for the “Butterfly”. The virtual DoE showed that the PC component’s temperature after the conversion had an even bigger influence on the curing degree than the mold’s temperature inside the LSR cavity. Thus, making the temperature of the first component the driving factor for the overall cycle time. With this knowledge it was possible to determine a bigger process window in which overall high curing degrees could be reached for different set-ups.

At K 2019 the “Butterfly” will be produced live at the booth of Momentive [booth 6B15] in a 1+1-mold, designed by ELMET [booth 12E49-5], on a SmartPower Combimould 120/130/210S with a Unilog B8 control unit from Wittmann Battenfeld [booth 15C06]. The dosing system is also provided by ELMET. The full Virtual Molding analysis and the conducted virtual DoE to widen the process window are showcased at the SIGMA booth.